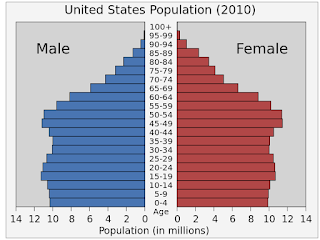 Ok, I’ve had it. Too many times on the news, I’ve heard something like this, “after all, 53% of white women voted for Donald Trump.” Or, "42% of women voted for Trump."  WRONG. What they mean of course is the percentage of those who actually voted. But too often that part is dropped. Like here in the New York Times "About 53 percent of white women voted for Mr. Trump, according to exit polls." As my husband says, that's asking a reader to do some work to realize that doesn't mean 53% of all white women who are eligible to vote.
Consider that only 59% of total eligible voters in our country voted. And assume that also means roughly 59% of women  (more women than men voted so could be a little more) for which we match up woman to man almost 1:1 if not a bit more, depending on the state. And OF THOSE 42% voted Trump. Which means, about 12% or so (like I said, a little more if there are more women than men) of all women who can vote in our country voted Trump.
Or approximately: 0.59*0.5*0.42=0.123. (This also means that, roughly, only 16% of women in our country who could vote, voted for Clinton.)
One friend suggests that maybe the media is trying to hold us voters accountable when they throw around figures (for so few voting in general). Which may be the case. But with all the fake news today, it's more important than ever to be accurate with our numbers. Let's not take the percentages out of context.
Posted by Emily Monosson at 6:34 AM