Dear Mr. Pruitt,
I teach an introductory environmental toxicology class to undergraduate public health majors. Each week we talk about different issues from mercury to DDT and nanomaterials. And each week, inevitably, we talk about the EPA. I am a child of the 1960s, the age when it finally dawned on us that for all the benefits of modern industrial chemicals – from plastics to mosquito-free evenings — maybe there was a dark side to welcoming these new products into our homes and releasing billions of tons of new chemicals into our environment. We talk about what happened, or didn’t, before the EPA reined in pesticides, air pollutants, water pollutants. This week’s topic was DDT and the beginning of pesticide regulation.

Life Magazine ad, meant to show safety of DDT
First I need to tell you, I am not someone who eats all organic all the time. I realize that until we have better solutions, some growers will use pesticides to save their crops. And not everyone can grow (or buy,) organic. I know that not all pesticides are problematic, and more often it is over-reliance or over-use that is the problem. But I can also say this with some level of comfort because these pesticides are registered and regulated by our federal agencies, most importantly the EPA. Though, I have add that there is plenty of room for improvement! I’ve seen only a couple of applications for pesticide registration and I think even you would be surprised by the amount of missing information.
As the new administrator, I am sure you know the history of DDT, Silent Springand the emergence of the EPA. But did you know that some of the first pesticide regulations (pre-EPA) focused on “immediate” harm rather than long-term? Then the EPA began to require consideration of other “adverse” effects and environmental effects. Eventually DDT and similar pesticides were banned. Even so, we still live with their legacy. A recent study has linked DDE exposure at a young age (or even possibly in utero) with an increased incidence of breast cancer in women.
While it would be nice to be able to say “of course, we know so much more now, that can’t happen again.” That there won’t be another DDT. My students know that some day in their life-time there will be another DDT. Maybe it won’t be a pesticide. Maybe it won’t accumulate in the environment. But, some new miracle chemical or maybe even gene product will have effects that could — without pressure by agencies like yours – cause the next generation to look back with disbelief, asking how could this happen? 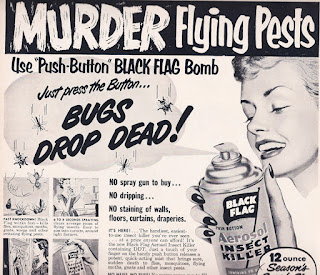 Making new pesticides, safer pesticides is costly with all the hoops and testing that must be done. And we’ve learned so much from past mistakes. I haven’t read much about what your intentions are towards pesticide regulation and enforcement – but the cuts proposed in EPA’s budget and some of your past efforts seem like you might lean towards deregulation. If that is the case do you really honestly believe, that this current generation and their kids, will be better off without federal regulation of pesticides? I would love to believe that industry would regulate itself – but they haven’t a good track record for self-regulation.We can learn from past mistakes, but then we have to apply what we learn. If you have some examples that show otherwise, I would love to share them with my class.
By their very nature, there will always be things we don’t know about new products. The qualities that make them useful is often their novel activity (nanochemicals are a great example of that.) Look, in the beginning, no one knew DDT would hang around for decades. Or that humans would end up with more DDT in their bodies than was permitted in the food they ate. Or that it might cause breast cancer decades later. But had producers been pushed to ask some of these questions – we might be free of these chemicals today, rather than having molecules produced over half a century ago still jiggling around in  our love handles and muffin tops.
Your family as well as mine and this current generation of college kids are all better off today than in the days before the EPA. This is thanks in large part, to your predecessors and all those who now work for you. Let’s move forward together, rather than backwards.
Best, Emily
Posted by Emily Monosson at 1:09 PM